The Puy du Fou theme park is a historical park located in Vendée. It provides a unique way to rediscover history through scripted, costumed and incredibly dynamic shows. Second largest park in France by annual attendance with more than 2.3 million visitors and spectators per year, it is also well known for its night show, the « Cinéscénie » (see our guide to cinéscénie here), which features more than 1200 volunteer actors for an unrivaled night show in the world. The Puy du Fou park, which adds new shows every year, has won numerous awards, including the most prestigious prize awarded to an amusement park, in the United States. It is possible to stay on site thanks to the many themed hotels offered in the park: to choose your hotel, don’t miss our list and photos of the hotels of the Puy du Fou.
See more
See less
Top

The hotels of the park are open each day of opening of the Grand Parc as well as each night before.

Prices and Tickets
Adult ticket price : 1-day Puy du Fou ticket at 47 € on site or 39 € if the ticket is purchased in advance here on the internet (2022 rates)
Child ticket price : Puy du Fou children’s ticket for a day at €34 at the park but cheaper if purchased here on the internet or €28, for children 5 to 13 years old included (2022 rates).
since the park is quite big, it is advised to look at the 2-days offer with -50% on the 2nd day, also available via Internet. There is also a 3-days offer, even more interesting!
The Cinéscénie show is different from the « Grand Parc » and therefore visitors must buy a Cinéscénie ticket (€28 in 2020). Note that it is cheaper when purchased in combination with a « Grand Park » ticket (€29 in 2022). Be careful, demand is high for the Cinescenie show and it is necessary to book very early in advance.
Discount and Deals : To immerse yourself in the Puy du Fou historical spirit, several thematic hotels are avaialable in the park, la Cité Nocturne, la Villa gallo-romaine, le Camp du drap d’or, les Îles de Clovis, La Citadelle, le Grand Siècle and Le logis de Lescure to be discovered in details and booked here
Some other accommodation possibilities are offered in the vicinity of the park, to be discovered here.

Parking : Car parks at Le Puy du fou are free for both cars and camper vans during the day. Paying at night (between 1am and 7am) for camper vans.

If you plan to stay at the Puy du Fou for more than 3 days, have a look at the Premium pass. And don’t forget that most of the shows take place outdoors, so it’s better to go to the Puy du Fou when the weather is nice.
Please note : Animals are not allowed in the park. A dog pension welcomes dogs, by reservation only.

At the heart of nature | Backstage | Puy du Fou : 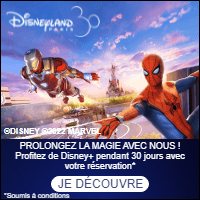